I created this painting for a contest called “Groene Hart kunst wedstrijd”, a regional art contest. The Green Heart is a region of relatively thin populated land and a lot of nature and farmland boxed in by several of the major cities in my country. A lot of past and present-day artists have used this region as inspiration for their work.

This contest is held every other year and has a different theme for each edition. The theme of 2015 was “sympathize with the Green Heart”. This theme is inspired by the never-ending struggle between the expanding city’s and modernisation on the one hand and trying to conserve nature and quiet of the Green Heart, on the other side.

I have never worked with a theme before. Sure, I sometimes pick specific restriction for my work like limiting my choice of colour to a specific group when creating the background. Instead of using any colour I want, but this is very different than working with an actual theme.

I struggled for a long time trying to figure out how not to abandon my art style while at the same time working with a theme. By trial and error, I eventually decided to use the shape of the region on a geographical map as a base for my work. Then doodle my creatures in that shape. I started playing around with the idea of making the map shape in the middle and surrounding it by monsters.

This would represent the ever-growing city trying to invade. Another element to link this work to the theme was to make the creatures all inside the map. Those creatures are now kind of forming an eco-system inside the borders of the map shape, which creates a contrast between them and the outside world. In the picture below a couple of my brainstorm doodles. 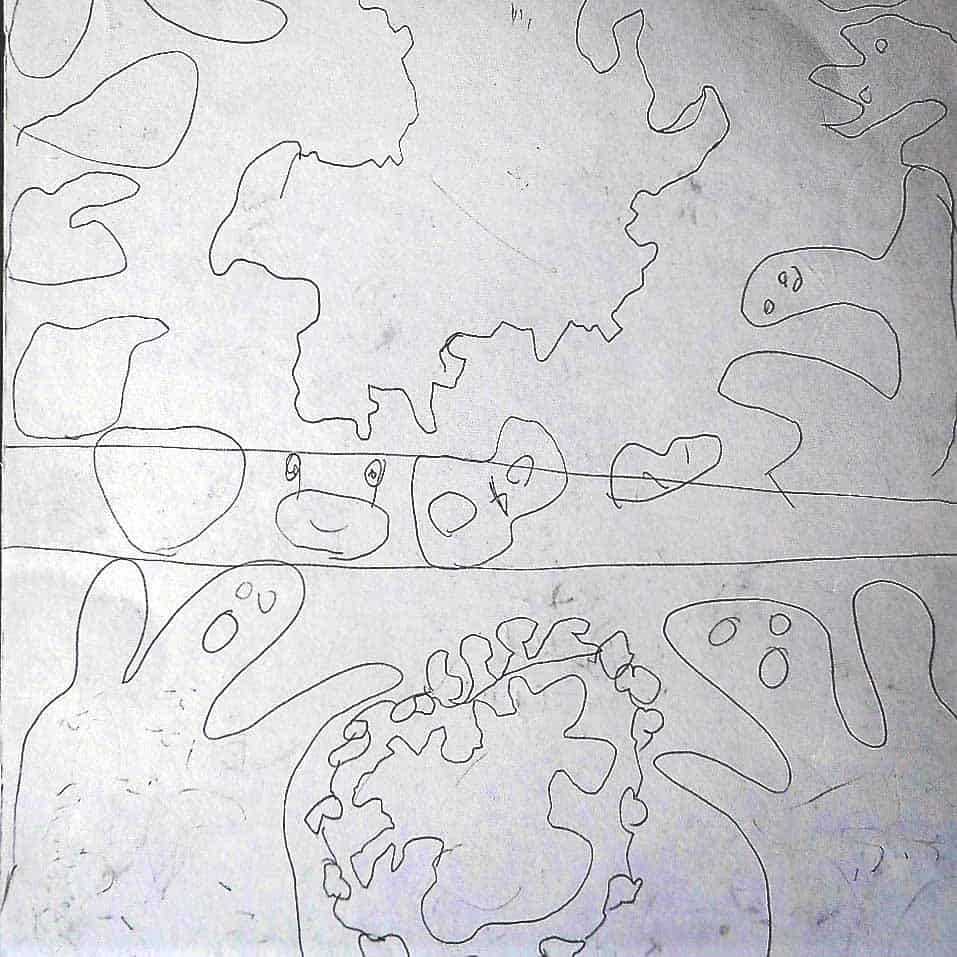 Next, I made the shape of the canvas from a large piece of wood. On the sides, I created a big sort of ghost-like creatures that are looking down on the creatures in the middle. Interesting enough, some people interpreted these shape as being based on an otter. This animal was in the news since it was extinct in the area for a long time and only recently came back.

After applying a couple of layers of a white base coat, it was time to paint the background. I used my trusty process of just doing what felt right. The only limitation was: there needed to be a distinction between the area in the middle where I would draw the map shape and the big monsters on the side.

Overall it was an exciting experience. I felt like I wanted to quit a couple of times, not seeing how the work related to the theme. This being a contest I felt a certain pressure I usually don’t experience when painting. This pressure added a new dimension to my artistic process. Overall it was a good challenge and challenges are a great way to keep developing yourself.

I am a modern Dutch artist with a passion for colourful art. On my blog, I share my journey in text, video and photo’s to inspire and bring joy one colourful artwork at a time. 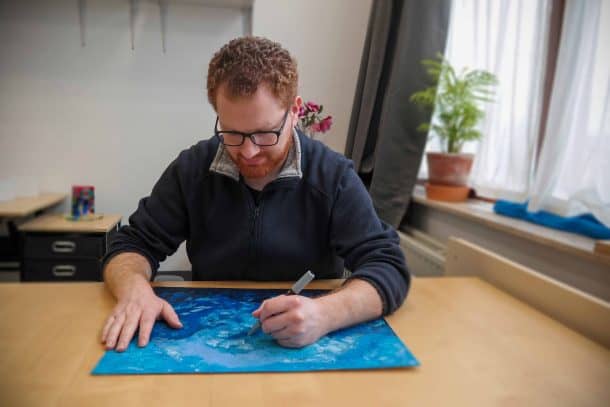 You have Successfully Subscribed!

By continuing to use the site, you agree to the use of cookies. more information